Less than one quarter mile south of the Cocoa Beach Towers beach boardwalk, there a several restaurants and shops.  Bikini contests, surfing and volleyball throughout the summer.

One of the largest cruise ship ports on the East Coast is less than five miles north on A1A.

24 Hour Surf Shopping less than a mile south on A1A.

Rocket launches are brilliantly visible from Cocoa Beach Towers.  Click the NASA logo to see the next rocket launch.

In less than an hour you can be at one of the world’s most dynamic tourist destinations:

Whether you choose to meet Shamu, the world’s most famous killer whale, or immerse yourself in the grandeur of the underwater circus called Odyssea, we’re sure to have a show you’ll enjoy.

Get ready for an entire universe of action, thrills and excitement.  It’s the only place on earth with two amazing theme parks, non-stop nightlife and three world-class hotels all in one location.

Mickey Mouse lives just down the road.  Roughly a 75-minute drive gets you into any of the Walt Disney World theme parks – see the park during the day and stay on the beach at night. 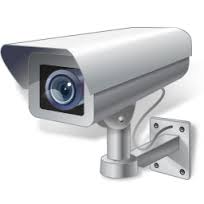